The newspapers listed above have yielded advertisements that appear in either the Runaway advertisement database or the additional For Sale document. Due to the large number of newspapers now available for digital searching online, hundreds of publications and hundreds of thousands of pages were searched utilising various appropriate search terms. Those newspaper titles registering positive results were then examined and read by project researchers (rather than relying on digital keyword searching alone) in order to ensure that as few advertisements as possible were missed. Newspapers which did not yield any useful results are not listed here. The institutions and archives consulted are listed below.

Copyright was sought and obtained from each of the institutions. Details of copyright can be found on each advertisement's page. 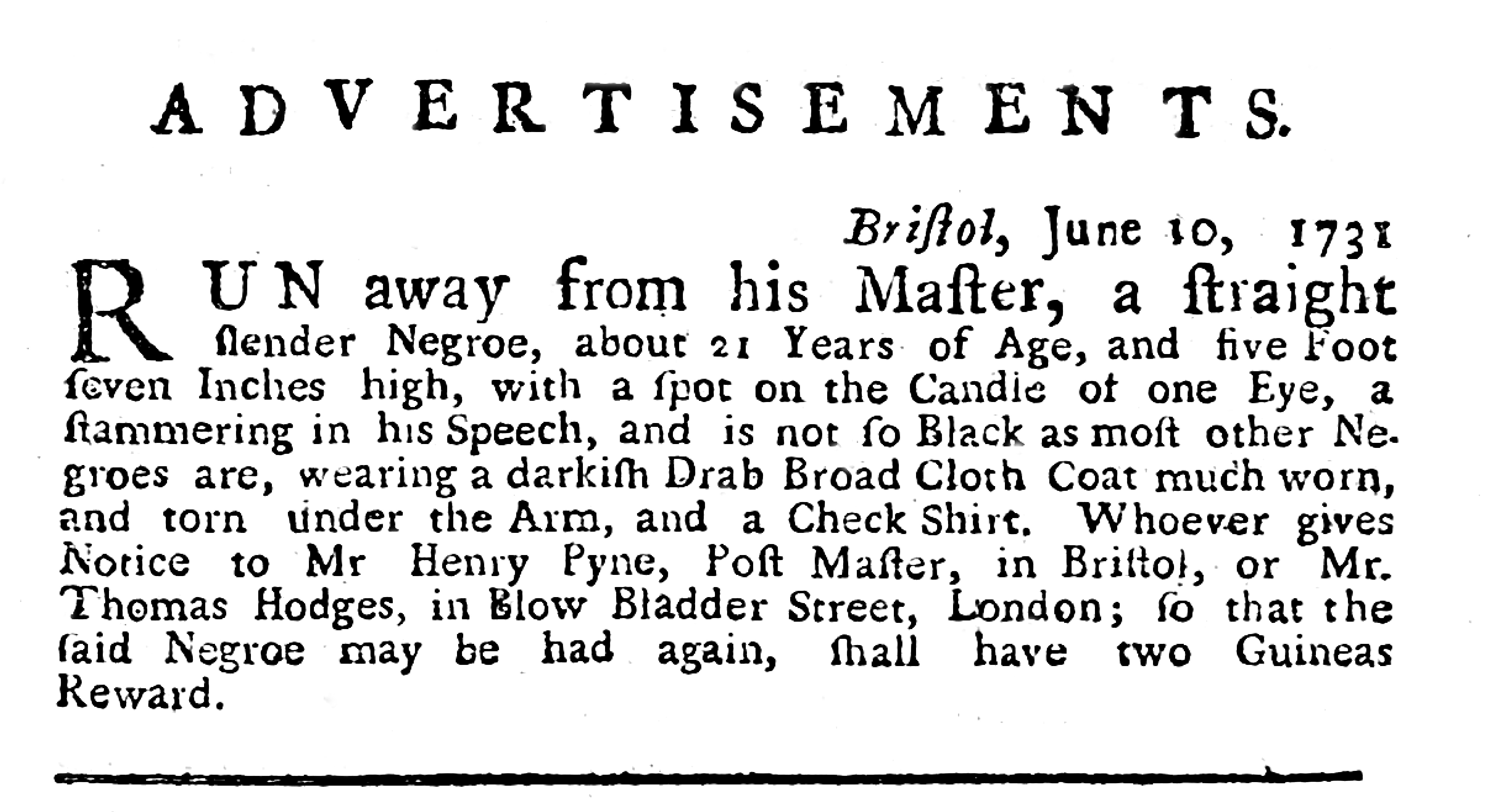