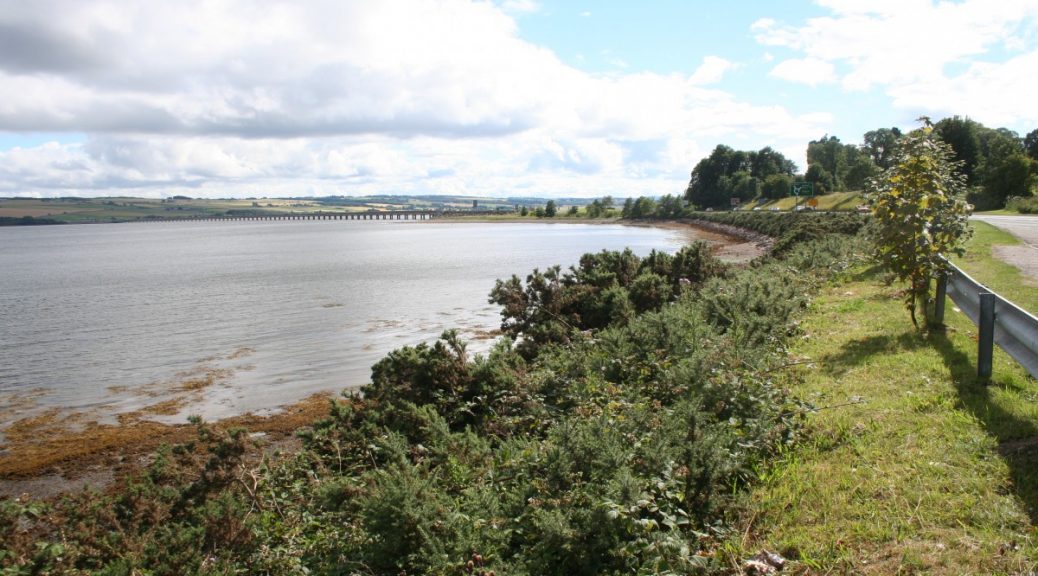 On the 22nd of June 1771, on page 3 of the Edinburgh newspaper Caledonian Mercury, amongst advertisements for “GLASSES in Mr. Moffat’s shop”, the selling of the “Mansion-house and Manor Place of DALRY” and right next to details of the “commodious” rooms at Corstorphine Grammar School, appears this advertisement: A BLACK SLAVE RUN AWAY.

ON the eleventh current, there run away from the house of Colonel M[u]nro of Novar, in Ross-shire, a BLACK SLAVE, a native of the East Indies, called CÆSAR. He is about 25 or 26 years of age, about 5 feet, 4 or 5 inches high, has long black hair, and was bred a Cook. Whoever secures the said slave, within any of his Majesty’s gaols in Great Britain, upon notice given to Colonel Munro, by Dingwall; or to John Fraser, Writer to the Signet at Edinburgh, shall receive FIVE GUINEAS REWARD. —— It is hoped Masters of ships, and others will be careful not to secrete or carry off the said slave, otherwise they shall be prosecuted in terms of law. —— If the slave himself shall return to his Master’s service, his offence shall be forgiven.[1]

This is the only documentation we have of Caesar, an advertisement written by his Master, so we don’t know how his story ends. Working on the Runaway Slaves in Eighteenth Century Britain project, Caesar’s is the kind of story we encounter again and again. The enslaved and bound people of colour in Britain did not leave much evidence behind: often the ‘runaway’ advertisement is the only proof we have of their existence. It is unknown how many like him did not try to escape – did not generate a trail of evidence – and thus will remain anonymous to history.

However, let’s consider what we do know. Firstly, Caesar’s Master, Colonel, later General Sir, Hector Munro was just one of a number of Scottish sojourners during the 18th century. These men – often young and single – left Scotland to make their fortune in far-flung corners of the burgeoning British Empire, some with the intention of returning home and using their new-found capital as a means of increasing their standing in society.

While many of these men went across the Atlantic, arriving in the North American colonies or in the West Indies, a smaller number chose instead South Asia; in Munro’s case, India. Taking advantage of kith and kin connections and his military nous, Munro left for India in 1761, returning in 1765 as a much richer man, with a fine martial reputation and an eye on Parliament.[2] Historians have ascertained that much of this wealth was derived from the prizes he accepted from nawabs – Indian governors – after his success at the Battle of Buxar: could Caesar have been just another spoil of war?[3] Sir Hector Munro, by David Martin (1785).
Could this be Caesar in the background?

Certainly, Caesar’s advertisement raises more questions than it answers: after his escape did he return to Munro, expecting the forgiveness promised by his Master? Did he manage to evade capture in the vast Highlands, or seek out a ship at nearby provincial ports?

Careful analysis of these 135 words can reveal a surprising amount. The very act of running away represents an accomplishment in itself. Here was a young man thousands of miles from his home, with English, at best, a second language, who decided he had had enough and, despite the potential dangers, had taken charge of his situation.

Caesar’s name is itself revealing. This was not the name the young man had been given at birth, but was rather a name applied by a European master, quite likely Munro itself. The very act of renaming an enslaved person was an assertion of power and ownership. Moreover, the name itself is revealing. Well-educated British masters often applied classical names to the enslaved, and this name was surely an in-joke, for a young enslaved man so far from home was about as far removed from an all-powerful Roman emperor as it was possible to be.

Caesar, being “bred a cook”, was trained from a suitable age in this vocation, and may have been born into servitude in India (which had its own system of slavery[4]); his being brought to Novar House suggests Munro had taken a liking to Indian cuisine while abroad. If he had come to Scotland with Munro then, Caesar arrived on these shores as a 19-20 year old, and then waited five years before something happened that made him decide to escape. We do know that a successful escape would not have been easy – historians cannot be certain on the racial mix of eighteenth-century Britain, but it was certainly unusual to see an Indian in the Highlands, and Caesar would have stood out immediately.

However, though the chances of triumph may have been slim, Caesar did have some things going for him.

According to the advertisement, Caesar left on the 11th of June, which meant he had close to the longest nights of the year to make his way around the countryside, and he was only around 8 miles from Dingwall, the (still) busy market town, where he may have found transport towards more populated places such as Aberdeen.[5] A view overlooking Dingwall.
Novar House lies ahead, 8 miles away.

We can fairly safely assume the advertisement was placed on the 21st, to appear in newspapers published on the 22nd, which means the time between the escape and the placing of the advertisement was ten days. This suggests that Munro either thought Caesar would return, perhaps not even actively searching for the first few days, or had failed to have him captured; only after return or recapture appeared increasingly unlikely did he advertise, hoping that people further afield might spot and capture his former cook.

That Munro advertised in the Edinburgh press and also offered a contact point in the capital suggests he feared Caesar made it as far as the Central Belt which, with a ten-day head start, was more than feasible.[6] Munro’s warning to ships’ captains highlights his concern that Caesar, like many runaways in similar situations, may have made for a harbour – perhaps to make for India, or find work on the ships that were always desperate for sailors, including cooks, or simply to increase the distance between himself and his ex-Master. He could have headed for Glasgow, which did a roaring trade with the Empire on vessels bound for destinations across the Atlantic, Asia, the Mediterranean and Continental Europe; or Edinburgh, which accommodated ships travelling down the Eastern side of the country to London (such as The Diligence) and sometimes further afield (The Mally was leaving Leith for Gibraltar on the 25th June).[7]

The final line of the advertisement is especially intriguing:

“If the slave himself shall return to his Master’s service, his offence shall be forgiven.”

Munro was one of the very few Masters who appealed directly to the runaway – had he given up hope of capturing Caesar? Or was he, now Member of Parliament for Inverness burghs, keen to portray himself to the wider audience as a benevolent and forgiving Master? Either way, this sentence implied that Caesar may have been able to read, and that his Master thought he might see the advertisement; or perhaps that Munro suspected that others were aiding or concealing Caesar and that they might see the advertisement and communicate this message to the runaway.

Finally, Munro labels Caesar’s escape an “offence” – the offence being that he stole himself away. Caesar, like many of the non-white, unfree labourers in Britain in the first three quarters of the eighteenth-century, was regarded as property, and by running away he, and hundreds like him, were judged to be stealing their Master’s property – themselves.

PhD candidate on the project (and former pupil at Dingwall Academy).

[4] Gwyn Campbell, ‘Slavery and other forms of Unfree Labour in the Indian Ocean World’, in Slavery & Abolition, Vol. 24 No.2, pp.ix-xxxii.