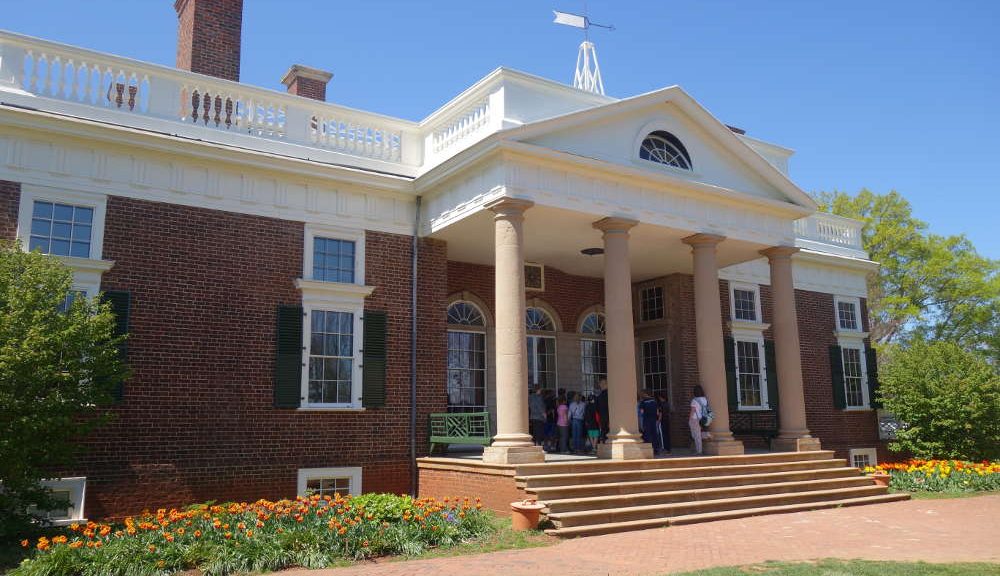 This article summarises a University of Glasgow research/symposium trip to the United States of America in April 2016. Professor Simon Newman, Dr. Stephen Mullen, Mr Nelson Mundell, Dr Felicity Donohoe and postgraduate researchers Debra Burnett and Marenka Odlum-Thompson made the trip across the Atlantic which was centred around a symposium at the University of Virginia (UVA) in Charlottesville, VA, on 11-15 April 2016.

Several of the Glasgow team took advantage of the trip to look at archive holdings related to their personal research. Due to generous assistance from the University of Glasgow History Research Support Fund, Stephen Mullen spent some time in the Library of Congress in Washington D.C and Princeton University. Nelson Mundell is on an extended fellowship (blog to follow!) at the Robert H. Smith International Center for Jefferson Studies (ICJS).

And academics get a day off too! Allowing for some time for a little sight-seeing of famous landmarks: United States Capitol Building, Independence Avenue (with many museums), The Washington Monument and The White House.

The real work began on Tuesday 12 April 2016 at the University of Virginia. At UVA, we were provided with a tour of Harrison Institute and Small Special Collections Library including a museum exhibit of material related to the American War of Independence. There was also a tour of the Digital Production Group and their work, including digitisation the letters of Thomas Jefferson.

The Edinburgh/Glasgow team were allowed a special viewing of Thomas Jefferson materials by Edward Gaynor, Librarian for Virginia and University Archives. Edward discussed Jefferson’s role in establishing the University of Virginia in 1819 including his preference for English, Irish and Scottish Professors over Germans in the early days (although a German Professor was employed in any case)! The Postdocs from both Edinburgh and Glasgow met with Professor Alan Taylor of UVA for a useful discussion. Simultaneously, postgraduate students attended Max Edelson’s Graduate Seminar in Nau Hall, UVA. On the evening, Glasgow, Edinburgh and UVA staff and students attended the Early American Seminar at ICJS to hear Edinburgh Ph.D student Ryan McGuiness’ paper on ‘The Barbadian Import and Export Trade, 1680-1700’.

The project team were present at Monticello (Thomas Jefferson’s slave plantation in Charlottesville) on 13 April 2016, which was Jefferson’s 273rd birthday.

There was a short ceremony – with the US Army Old Guard Fife and Drum Corp – for Jefferson’s birthday and Founders Day which was followed by an acceptance speech by Marian Wright Edelman, who was awarded the 2016 Thomas Jefferson Foundation Medal in Citizen Leadership.

The team were treated to a bespoke tour of Jefferson’s Monticello by Liz Marshall. Back at UVA in the afternoon many attended the Cross Lecture by Professor Gary Gallagher entitled: ‘All About US: Projection, Wishful Thinking, and Anachronism in Recent Civil War Scholarship’. Thursday 14 April was workshop day centred on career development on both sides of the Atlantic: Professors Frank Cogliano, Max Edelson, Simon Newman and Alan Taylor were joined in discussion with Head of UVA Press, Dick Holway. Postgraduates enjoyed a dissertation workshop in the afternoon, presenting short outlines of their ongoing research projects. There was a concluding dinner in Charlottesville in the evening.

Some of the team made their way back to Washington D.C. on Friday 15 April. Others stayed on. I (Stephen Mullen) made my way to Princeton University in New Jersey to look at archive holdings in Special Collections.

Princeton has strong connections with Scotland and the Scottish Enlightenment and is Professor Simon Newman’s alma mater. A Scots Minister, John Witherspoon was President of Princeton (1768-1794) during the revolutionary period and was the only college president to sign the Declaration of Independence. It was a great experience to be researching in an Ivy League University with such strong Scottish connections. In all, this was an illuminating multifaceted trip: many gained important professional experience, met new friends, undertook research or delivered presentations on their work. The Glasgow team were sad to leave and we hope to see our friends in Edinburgh and at UVA in the near future.